A Walk To The Polling Booth

The other day, I was happily taking a virtual walk through my lightroom catalogue when a sudden buzzing of my phone alerted my attention to something important. These alerts are fantastic. So fantastic I have my own vocabulary of four letter words that I used to describe them. I know I can turn these alerts off, and before you ask, yes, I do know how. it’s just, I always forget!

On this occasion my phone had drawn my attention away from the mist covered Otago Peninsula that I was currently enthralled in to tell me that I had a podcast from the Guardian that was now two/three days old. With my phone desperate for me to listen to the content, I took a look. The title read:
‘US election 2020: will Donald Trump accept the result?

I couldn’t help myself. Before I knew what was happening I was in. You see, I have recently become a lot more acquainted with CNN than I ever wanted to be. Like the rest of the world, I’ve become fascinated with the US numbers game.

A Walk At St Clair

St Clair, there’s so many reasons to love it. Firstly, there’s surfing at the beach. Secondly, swimming at the Salt Water Pool. Then there’s the kids playground and all the cafes and bars along The Esplanade and so much more. Dunedinities simply can’t get enough of the place.

A Walk Along Lower Stuart Street

Nothing is more comfortable than sleeping in your own bed. After being away for a few nights, I awoke feeling refreshed. I’d survived my Walk In The Snow, my Walk In The Badlands and A Walk In The Bush. Now, I had the day free to myself. With no plans and not having to be relatively useful to anyone, I decided a walk in town would be just the ticket. Besides, there was a Colin McCahon Exhibition showing at the Art Gallery which I very much wanted to see. With the day still young, I headed for Dunedin’s Lower Stuart Street.

A Walk In The Bush

I’d imagined Evansdale Glen as nothing more than a small reserve with an impracticable carpark, some scattered picnic tables, an ineffective rubbish bin and a small path leading up to some type of creek or stream. There’s an unwritten rule in Aotearoa that every reserve must be placed beside a waterway of some sort.

A Walk In The Badlands

I awoke to pain that left me in no doubt about the agony I was set to suffer for the rest of the day. Usually, these symptoms are associated with a pounding head, a throat feeling like sandpaper and an overwhelming feeling of dehydration. Today, things were different. The endless pain was not coming from a pulsating vein in my left temple. Nor the result of overindulging the night before, but from my calf muscles.

A Walk In The Snow

Some people are blessed when it comes to clothes shopping. They have an innate ability to trust their inner voice and listen to intuitive hints when shopping. Somehow, without trying, they understand both fashion and style. Unfortunately, I possess neither of these. I have a long history of poor choices that prove my hunches and gut feelings should not be listened to. I am not allowed to shop by myself. It’s not that I can’t, it’s just that my fashion judgement can’t be trusted.

Recently, I found myself traversing a Dunedin street when I came across a sight that both frightened and scared me. While I resisted the urge to scream, I had to admit that I was a little bit scared. As it is, I’m not the only one to feel a tiny bit scared by what can only be described as an invasion.

If I had to describe New Zealand to any overseas visitor, in 400 words or less, this would be it.

Even silence has a voice

Twice a year, there are times when photography and writing have to take a back seat. One is late June, early July and the other is early December. It’s no coincidence that these times are when school reports have to be written and assessment data analyzed. Unfortunately, these tasks have been occupying my time and mental capacity of late. However, last week I managed to put these tasks to bed and turned my attention back to my newly created ‘Jacinda’s Law’ and exploring Dunedin.

Jacinda’s law states; where possible, we are to get out and see our own backyard. With this in mind, I recently found myself walking up a misty and muddy track on one of Dunedin’s surrounding hills. The beautiful thing about Dunedin is that it’s relatively easy to escape onto a bush track or path. From the city center, you can be on a bush track in 10 minutes if you wish.

Engulfed in mist, the track I was now on twisted and stretched up into the forest. Initially looking like a vehicle access track, it quickly narrowed. Continuing, gently falling rain collected in the autumn leaves which had created a blanket on the narrow bridge. Wet and muddy, with rain running into a stream, the track continued until deep grooves started crisscrossing the trail before me.

Suspecting the trail I was on was a mountain bike track, I now feared that I might get struck down at any moment without having the faintest idea of what hit me. Proceeding, but with a greater awareness of my surroundings, I continued on through the mist. I passed exit signs that read ‘No Entry, Rockin Roller Exit’ and ‘No Entry, Three Little Pigs Exit’. As I walked, it became clear that on this day, I had the area to myself. Feeling confident, and no longer worried about being bowled over by an adrenaline filled speed rocket, I continued. My concerns of having to arrive home with tyre makes across my back abated further when a sign appeared that read ‘No Chicken Lines, Don’t Ride Wet.’ Relieved, I spent the next hour exploring the surrounding tracks, jumps and paths that wound their way through the forest.

Feeling wet, I made my way back to the car as the mist lifted and the rain got heavier. Once again reaching the small bridge, I couldn’t help but get distracted by a casually ambling stream. It appeared from the thick bush, ran under the bridge and continued on down the hillside. I stood listening to the sound of the stream bubbling over rocks and branches. For a moment I forgot about the Dunedin traffic noise. That’s the beauty of nature, even silence has a voice.

The Long and Winding Road

When Wellingtonian William McLean imported the first two cars into New Zealand in 1898 he can’t of been aware of the chaotic madness he was about to unleash on the country.

Just what the 53 year old Scotsman and former politician was doing in Wellington in the first place is an interesting tale. Born in Grantown (a district of North Edinburgh), Scotland and the son of a shoemaker, William was first adopted by a parish priest before he moved to Rochdale in England to work as a cotton spinner at the age of 13. When the American Civil War caused a cotton famine, at the age of 18, William decided to head for New Zealand and the Otago Gold Rush.

Unlike many others who ventured into the Otago gold fields with the hopes of finding a fortune, William it seems, had some success. After making enough money to open a small shop, when the West Coast Gold Rush in Hokitika sprung up, William packed up and headed for the coast. The West Coast must have suited him because during his time there he not only prospected for gold, he was a schoolmaster, an auctioneer and a mining and commission agent. At this point, in April 1877, William married Mary Elizabeth Crumpton where they continued to live happily on the coast until they moved to Wellington in 1884. Once again, William held several positions of employment which included an auctioneer, secretary for the Wellington Loan Company before becoming secretary to the Empire Loan and Discount Company and standing for parliament.

After coming last in the 1881 Inangahua election, he was also unsuccessful in the 1887 Thorndon election and the 1890 Wellington election before successfully winning the 1892 City of Wellington by-election. William’s time in office lasted until he lost his seat in the general election of 1893. What all this means is that William McLean’s contribution to life in New Zealand wasn’t as a great businessman, he wasn’t known for heroic deeds on the gold fields and he clearly wasn’t a politician with a long and lasting career. Yet, his contribution to New Zealand’s identity is long reaching and forever lasting. William McLean’s gift to New Zealand, was the 1898 McLean Motor-car act.

The act of 1898 which was passed in government legalised the operation of motor vehicles and set out the rules under which McLean’s two Benz cars imported from Pairs could operate. Among the rules and regulations that William McLean (and other motorists in years to come) had to follow was that they must be lit after dark and did not go faster than 12 miles ( 20 kilometers) per hour.’ Just think, if we could have somehow brought William McLean forward in time with one of his Parisian Benz cars to the year 2020, even he would have had to slow down on George Street in Dunedin to make the recently enforced 10 kilometers an hour speed limit. Although he would have found the assortment of blue and red dots covering the street quite bewildering.

And so it was that in 1898, thanks to William McLean, New Zealand’s love affair with cars was born. 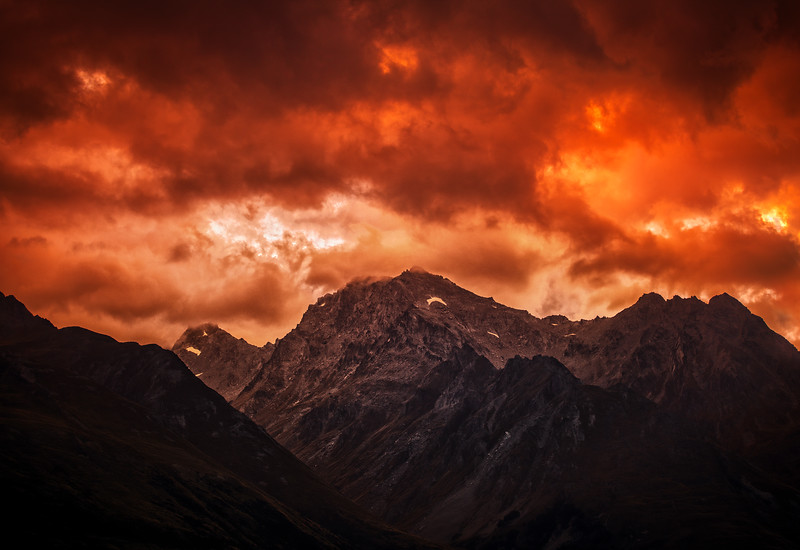